Piracetam and Aniracetam are considered smart drugs under the racetam family, with the primary function of providing cognitive enhancement.

To study and compare Piracetam versus Aniracetam, there is a long list of factors to consider.

Although with the same functions, research shows the different traits are their interactions within the brain.

It is important to note that Piracetam is one of the core nootropics; thus, it may be taken safely every day.

It advances synaptic connections and neuronal processes. Piracetam improves memory and carries fewer side effects, and is proven not to be addictive.

Aniracetam demands only small but frequent doses. It is widely used for memory formation, social anxiety reduction, and concentration improvement.

The following will give you further information on the different aspects and studies of the two smart drugs.

Piracetam is dubbed to be the most studied and best racetam nootropic.

It gained popularity as the first recognized nootropic drug mainly created to treat motion sickness in the 1960s.

Its memory and learning benefits were later discovered in 1971.

Since then, Piracetam was studied as one of the safest cognitive enhancers that pushed pharmaceutical companies to study and develop diverse racetams.

Meanwhile, many people began using Aniracetam nootropic in 1979 as a safe cognitive enhancer.

It was known to be innovated as a more potent racetam vs Piracetam.

It's commercialized as a stimulant. It serves as a mental enhancer to keep a person alert and awake.

A study claimed that the stimulant effect of Aniracetam vs. caffeine is better.

Research shows it to help increase concentration and focus. Some use this nootropic for treating diseases of the central nervous system.

Reports also show that it may help decrease anxiety, and its work is known to help people with depression.

Aniracetam and Piracetam are both prescribed drugs for dementia, Alzheimer’s disease, and other brain traumas.

Piracetam and Aniracetam nootropics were both known to enhance cognitive abilities like memory and to reduce anxiety.

Of the two, studies showed Piracetam to be an effective and much safer drug than Aniracetam to fight neurodegenerative diseases in the elderly.

It's distinct from its modulation of AMPA receptors that moderate the fast communication of neurons, influencing the feelings of depression and anxiety.

Thus, the difference between Aniracetam and Piracetam’s function is the prevalent antidepressant feeling and Aniracetam’s anxiety reduction effects.

Many people have also shared their Aniracetam experiences of mood improvement, concentration, and focus enhancement.

These distinct cognitive effects vary as our brain and body handle these two nootropics differently.

Once you’ve taken Piracetam, it will last for a long half-life in your brain and will not penetrate your bloodstream.

Aniracetam reacts the other way around. Since it is fat-soluble, it's well-absorbed, unlike Piracetam, along with the fats in your diet.

Aniracetam may be stored in the body's fatty tissue. It has low bioavailability, and a short half-life as Aniracetam enters less of your bloodstream unchanged and does not stay longer.

Piracetam nootropic is known to enhance synaptic plasticity or the functionality of the neurotransmitter acetylcholine.

Also, since it strengthens blood flow to the brain, Piracetam acts on multiple areas improving cognitive abilities such as brain metabolism, learning, memory, and concentration.

As it intensifies the communication between the two hemispheres of the brain, it effectively enhances reasoning.

Aniracetam also has the same synaptic plasticity effects. It is important to note that its difference is its positive effect on the serotonin and dopamine system.

Although Aniracetam’s mechanism of action does not have the same effect on the brain hemispheres’ communication, it unblocks various serotonin receptors that mitigate anxiety and boost one’s mood and motivation.

There’s another substance from the same nootropic family that produces the same effect as the Aniracetam and Piracetam. It is Oxiracetam that also enhances synaptic plasticity.

It elevates the enzyme Choline acetyl activities. Therefore, Oxiracetam makes the production of ACh easier than Aniracetam and Piracetam.

How Do They Work?

Piracetam works well in the higher production of acetylcholine receptors. It is the neurotransmitter that effectively binds and allows faster neurological links in the brain.

These are similar enhancements that may be produced by Aniracetam.

Piracetam acts as a modulator and enhances AMPA receptors’ activities.

It also increases communication between your brain's left and right hemispheres for reasoning abilities.

As for Aniracetam, it releases dopamine through the glutamate and AMPA receptors.

It also potentiates the stimulation of glutamate as it binds with kainate receptors (another glutamate receptor).

This process improves information storage and the development of new memories. Aniracetam itself can boost the neuroplasticity of the brain in general.

Consumers who have used Aniracetam and Piracetam are also taking choline.

Studies show Choline as an essential supplement that one consumes in his diet. Choline is a fundamental substance to the acetylcholine neurotransmitter for boosting different brain activities such as memory.

To know which one works best for you, it is recommended to stack first a combination of Aniracetam and Choline and then a different stack of Piracetam with Choline.

Research shows that both the Piracetam drug and Aniracetam work efficiently for patients who experience brain trauma, Alzheimer’s, dementia, and other similar issues.

Users have claimed that the other benefit of Aniracetam is the enhancement of their moods.

One would improve his or her feelings of fear, depression, and anxiety after taking Aniracetam.

Some people have used it for sleep disorders and post-traumatic stress.

It is also used to improve attentiveness, sociability, and concentration. Others make use of it to feel less tired and sleepy.

Piracetam’s benefits vs. Aniracetam can be observed in the long term of use.

Aside from its cognitive function, Piracetam may as well reduce the neuronal loss that is alcohol-related.

Besides the benefits one could get, you might be asking, are nootropics safe? Below is the list of these pills' noted side effects. 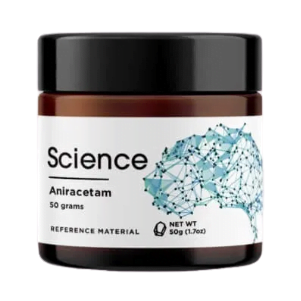 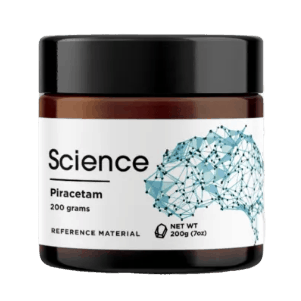 Inappropriate doses of these drugs will revert their effectiveness as Aniracetam may cause anxiety, and Piracetam can cause memory loss.

It’s best to make sure to study and check with a professional medical practitioner if these nootropics are safe for you to take and at which dose level is recommended.

People with a history of substance use or mental disorders are not recommended to take Aniracetam or Piracetam as they are vulnerable to harmful results.

Dosage and How to Take

Many reviews and studies recommend Aniracetam dosage from 100 mg to 1500 mg per day (two to three times) as it is quickly absorbed and metabolized by the body.

Since Aniracetam has a short but powerful effect, this drug may be taken up to four times within 24 hours for smaller doses, unlike Piracetam.

For the treatment of dementia to be efficient, Aniracetam can be used at 1 500 mg per day.

Meanwhile, Piracetam’s recommended dose is from 800 mg to 1600 mg (two to three times per day). The dosage depends on an individual’s size and tolerance.

As many people are using Piracetam to improve cognitive function, they take this drug an hour before a mental exercise.

It is essential to know your body’s required dose. Test small doses at first and gradually increase your dose as long as it has been discussed with your doctor.

As Aniracetam is absorbed along with fats, it has to be consumed after a meal. As Piracetam is water-soluble, it should be taken on an empty stomach.

Among the other racetams, many observed the benefits of Piracetam right after their first time using it. The same goes for Aniracetam.

Studies show that it takes 30 to 45 minutes after using it to take effect for Aniracetam.

Aniracetam’s half-life is up to 2.5 hours, short vs. the other racetams that last 24 hours.

If you wonder, is Aniracetam safe? The answer is that all racetams, including Aniracetam, are safe. They have minimal side effects.

Of the racetam comparison, Piracetam is the safest, widely-studied, and mostly chosen to help rebuild impaired cognitive abilities.

Below are the possible symptoms of racetam drugs overdose:

There are claims that Piracetam never had a recorded case of an overdose. The same as having no record of one’s development of tolerance to this supplement.

It is usually the mild side effects of Piracetam that have been noted.

One important recommendation is to take Choline supplements if a symptom of headache persists. Get a doctor’s advice to identify how much choline per day can be taken.

As for Aniracetam, dangers arise due to overdose; thus, it is safe to take only the recommended doses.

Both Aniracetam and Piracetam are effective nootropics to improve the functions of the brain.

Aniracetam is for a short boost of brainpower. It can make you feel more sociable, with an increased concentration and reduced anxiety.

Taking Aniracetam will assure you of a fast-acting supplement.