This Semax review covers everything you need to know about this amazing nootropic peptide and powerful cognitive enhancer.

The N-acetyl Semax or Semax peptide is a modified snippet (a small segment of) of a hormone called Adrenocorticotropic Hormone, ACTH.

The development of Semax, a synthetic peptide drug, uses only 4 of the 39 amino acids found in the ACTH peptide.

Aside from alleviating stress, the drug caused improvements noted on an individual's memory, anxiety, and cognition. It also aids in the treatment of patients with optic nerve disease. The conducted research on patients showed evidence of significant production of cells carrying neurotransmitters, enhancing the mechanism of the drug while inside the body.

As a drug, it generally improves memory and attention. Other benefits include attenuation of mental stress, increased cells carrying neurons for several brain mechanisms, and improved movement-related symptoms.

The developers used a combination of trial and error and special analysis techniques to infer which amino acids were responsible for the development of brain function and brain-growth effects.

They found the shortest working sequence in the 39 amino acid long hormone, which was the first step in the different processes of inventing the peptide drug Semax.

Which Version Is Best?

There are several variants of Semax products:

The unmodified peptide is seven amino acids long, easy to synthesize, and cheap to acquire, yet it doesn't last as long in the body as we may want it to. 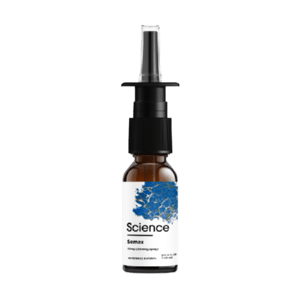 The effects of N-Acetyl Semax on the brain are considered to be the strongest in terms of stimulation and the quintessential properties of it, being energy, brain stamina, and motivation.

N-Acetyl-Semax Amidate is considered the best version, probably because it is the most modified form (except Adamax).

Adamax is a new version of Semax with THREE different groups attached to it to facilitate absorption and half-life.

The adamantane group is a large, chunky, lipophilic diamondoid of the simplest kind, which prevents enzymatic degradation, making it last longer in the body.

Amidation groups have zero chance of buffering against temperature-induced breakdown.

Because of how powerful it is, and its speed of onset, the dosages are far lower than conventional Semax.

Human trials and anecdotes report a wide range of effects of Semax on the human brain and several related conditions. The most frequently reported benefits are motivation and mood.

What is unique about this peptide (even when considering the finest of nootropics that aren't common knowledge) is that it is BOTH a potent neurotrophin releaser AND a positive monoamine modulator and prevents mild oxidative stress. It has combined effects such as treatment of patients with optic nerve disease and increased production of neurotransmitters that aren't replicated by many other synthetic nootropics.

Semax causes the increase of dopamine and serotoninergic systems of the brain to encourage activity-dependent AMPA trafficking, which means the circuits in heavy use get cognitive priority.

Here we can see the changes in the all-important levels of neurotrophins, BDNF and NGF.

The Semax dosage was the equivalent of 515 mcg for a 65 kg human. As you can see, at three hours, there is a huge spike in NGF in the retina, small increases in the hippocampus and frontal cortex.

Semax is well known to rapidly induce BDNF, which could explain why the first time point starts at almost double the control levels.

It’s important to know that human handling is a rich experience for animals like rats and can increase neurotrophin levels just in itself.

This graph compares the expression of NGF between rats that have been intranasally administered Semax compared to those administered water. This does conflict with other studies showing a spike in NGF levels in the brain's frontal cortex... and the retina levels being low in comparison.

The drop in prefrontal trophic levels could be because the placebo rats were continuously scared from being picked up by a huge hand and shoved a syringe into a very personal area, which can induce neurotrophins themselves.

Hippocampal BDNF is useful in improving a varied collection of cognitive domains.

Meta-analysis of the data recorded in the brain of young volunteers has shown that effective cognitive training increases activation of the medial prefrontal cortex, the region located in the DMN frontal subcomponent.

The main function of the medial cortex, closely connected to the limbic system and reticular formation, consists in “regulation of brain states, modification of cortical tone, cravings, and affective life."

Semax alone (0.15 and 0.6 mg/kg, i.p.) failed to alter these tissue and extracellular (dopamine) concentrations (data are not shown).

Dopamine is not increased from Semax alone. Serotonin, however, does face a significant rise from the actions of the drug.

More serotonin can explain the behavioral improvements people report of a more stress-resistant mood and higher energy levels, making it effective for conditions like chronic fatigue. The arrow signifies the point of administration.

This is why people claim that Semax can induce 800% of the amount of BDNF.

In reality, these neurons came from a postnatal period that is too drastically different from a grown adult brain. Neurons are reactive to neurotrophins and ligands in general.

Dosage & How To Use

The rat brain and human studies have huge variability in the doses used in action.

According to a clinical trial and electrophysiological study, it is 500 mcg in humans for the treatment of ischemic stroke and brain damage.

It is undeniable that it has a huge therapeutic window/dosage range.

The Semax dosage depends on its form.

The acetyl version is commonly used between 100 and 900 mcg.

The acetyl-amidate (referred to as NASA) version is commonly used between 200 and 900 mcg.

The original version is used between 50 mcg and 3 mg.

The original, unmodified version has commercial vials that provide 50 mcg drops, and some take a single drop and notice effects.

Who knows how that's possible.

I have used NASA plenty in my time, and I notice that less is more looking back at my Semax experience.

Some report hair loss. This is thought to be due to BDNF accelerating hair follicle growth.

If you have a chronic nervous system condition, then it could mean that Semax interacts negatively with it.

One individual with bipolar reported adverse side effects from using Semax.

Side effects are generally very rare, but Semax's mechanism of action is not fully understood yet.

Semax Vs. Selank: What's The Difference?

Selank is an analog of tuftsin, an immune system peptide that can strongly increase multiple forms of immune system-mediated immunity against bacteria, viruses, and even tumors.

Tuftsin was then given the addition of PGP. This neurotrophic and neuroprotective antioxidant trimer somehow manages to reliably continue the remainder of the peptide's effects on its target receptor.

PGP is also featured in Semax, and it has some very surprising properties of increasing neurotrophic activity.

Acting in conditions of experimental focal ischemia, Semax altered the gene expression involved in cell proliferation and migration. It prevents hemispheric ischemic stroke and transient ischemic attack. It has also been found to affect the expression of genes related to the immune and vascular systems in the rat brain.

Use the coupon
CN+wholisticresearch_8off
to get 8% off!

Bottom line: Selank is more anxiolytic and stress defeating, while Semax is more stimulating and motivational in addition to its analgesic effects. For the treatment or reduction of anxiety symptoms, stress, strokes, and depression disorders, Selank could be the better choice.

Where To Buy Semax?

Semax can be bought in three different manners.

Your most pressing questions answered:

How To Use Semax Nootropic?

For general neurological health and emotional health. Semax has even been suggested as a universally useful treatment option for mental stress!

It can be used for neuroprotection against glutamate excitotoxicity.

It can amplify the effects of dopaminergic stimulants and help with depression, mental stress, and ADHD.

Combined with other anti-inflammatory treatments, it can also be used as a treatment for patients with optic nerve disease.

Side effects of Semax are generally very rare.

What Is Semax Nasal Spray?

The peptide Semax has been given intravenously, subcutaneously, and even sublingually. All of these routes have different qualities, benefits, and drawbacks.

The nose has been seen as an effective delivery mechanism to reclaim neurological health in various brain health conditions, even transporting certain medications more efficiently than intravenous administration.

Retrograde axonal transport and vagus nerve transport can deliver drugs to the back and front of the brain, giving less chance for the substance to go to other organs of the patients.

However, the Semax reviews for intranasal usage are highly varied. Some patients report stronger effects: others, the opposite. If intranasal Semax spray is providing nothing, then other administration methods may be better.

Despite all the clinical research on the effective use of intranasal treatment among patients, I have never noticed any benefit from intranasal administration. Selank, however, works better intranasal than injections for me!

Each peptide has different treatment mechanisms for absorption.

The message here is that you are different from everyone else, but don't claim Semax doesn't work until you try two treatment administration methods, at least!

The synthetic analog of ACTH 4-7 (not ACTH 4-10) Met-Glu-His-Phe-Pro-Gly-Pro, 'Semax,' was designed to prolong some of the effects.

Semax users report huge variability in duration and half-life. The mode of administration is a variable to consider, as intranasal usually lasts for a shorter period, while injections last longer. Between 2-10 hours.

How Often To Take This Nootropic?

It's directed to be used daily for clinical and electrophysiological study. The lower concentration (0.1%) Semax from Russia is advised to be used for healthy cognition enhancement (such as improving learning and memory, mood, and brain function in general) and is also recommended to be used daily.

How Fast Does Tolerance Build?

There's a reverse tolerance built-up with Semax. The longer you take it, the less you need.

Does It Help With ADHD?

Does It Affect Cortisol Levels?

Is It Legal In The US?

Yes, it's legal in the United States and approved by the FDA.

Is It Legal In Australia?

Yes, it's is legal in Australia.